A gray wolf’s long trek from from Oregon to California 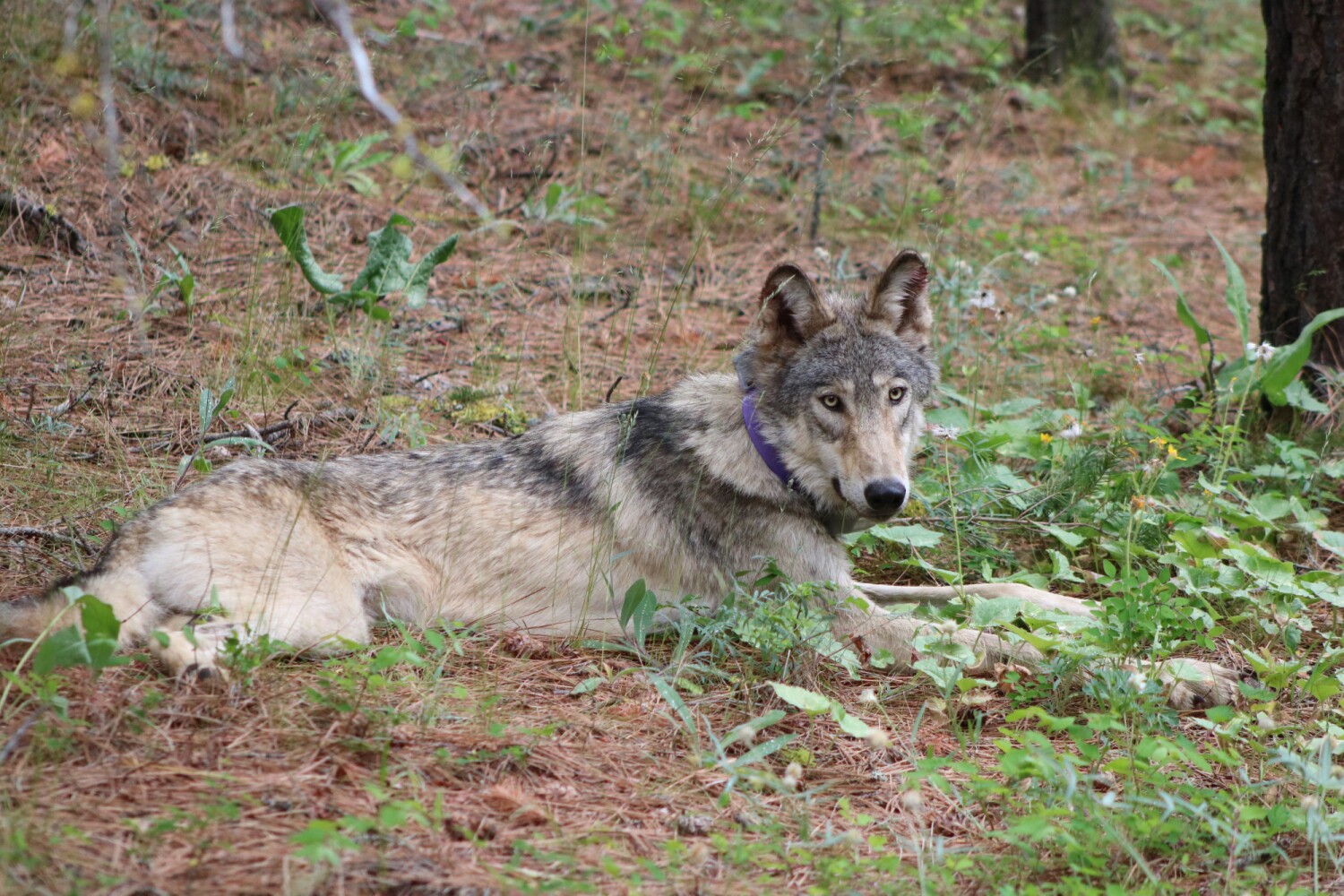 It’s a California odyssey that has riveted wolf-lovers and haters alike.

In what appears to be an epic search for territory and mates, a gray wolf from Oregon has ventured hundreds of miles into California, farther than any other wolf in modern times. In just under two months, the young male known as OR-93 has blazed a scented trail past Northern California lava beds, over snowy passes of the Sierra Nevada, and along the outskirts of Yosemite National Park. This week, OR-93 emerged in an agricultural area near Fresno.

His lengthy journey has upended all scientific assumptions on wolf dispersal patterns — including computer-modeled projections. Some conservationists say they hope the wolf’s arrival presages a resurgence of the species in California. At the same time however, they acknowledge that as OR-93 presses further south, toward civilization, his journey becomes ever more perilous.

Recently, a GPS tracking collar on the almost 2-year-old wolf revealed that he had crossed Highway 99, one of Central California’s busiest and most dangerous roads.

But ending up as roadkill is not the only threat he faces. Now that OR-93 has entered the fertile Central Valley, the odds are greater that he could be killed while searching for prey on ranchlands.

“Our members’ first priority is to safeguard their animals and herds,” said Kirk Wilbur, vice president of government affairs for the California Cattlemen’s Assn. “So, they are very concerned about wolves killing their livestock.”

At this point, OR-93’s fate is anybody’s guess. Many wolves have passed from Oregon into California in the past, but they rarely venture far, and they often cross back over the border.

“We don’t know where this wolf will be going next,” said Jordan Traverso, spokeswoman for the California Department of Fish and Wildlife. “But it will continue traveling until it finds what it is looking for, or aborts its mission.”

Wolf advocates could not be happier. The wolf, which first set paw in California on Jan. 30, has traversed more than 500 miles of terrain including the high, cold and steep Sierra Nevada range. Throughout his journey, OR-93 has left behind a scent trail for other wolves to follow, and has presumably sustained himself on rodents, and perhaps his favorite meal: large hoofed mammals.

It’s this appetite for ungulates such as deer, bison, elk and moose that most concerns Central Valley ranchers, who regard OR-93’s presence as a heated wildlife issue. Shortly after the wolf entered the state, the California Cattlemen’s Assn. began notifying ranchers of his progress.

“That’s because there’s no natural prey base for wolves in the Fresno area — no populations of deer and elk large enough to sustain them,” Wilbur said. “As a result, the arrival of OR-93 is nothing but bad news and a real threat to livestock in the area.”

Yet for some conservationists, the wolf’s arrival signals a new predatory force that may hold the key to repairing out-of-balance wildlands, making them more stable and diverse.

“I wake up each morning thinking, ‘Welcome to California, OR-93,’” said Beth Pratt-Bergstrom, regional executive director for the nonprofit National Wildlife Federation.

“High on my wish list of encounters with true wildness in California these days,” she said, “is being able to record a wolf howl or photograph wolf tracks.”

But the carnivore’s record-breaking exploration has also increased the likelihood that he will wander into trouble on highways, in suburbs or on ranchlands where he might be mistaken for an unusually large coyote and trapped or shot, officials said.

In California, the gray wolf is listed as a state endangered species and cannot be killed unless in defense of human life. Those who believe they have seen a wolf in California can report it to the California Department of Fish and Wildlife.

“The GPS collar gives us a few downloads of data about its location each day,” said Michelle Dennehy, a spokeswoman for the Oregon Department of Fish and Wildlife. “We share all that information with California wildlife authorities.”

In California, wildlife authorities have been reluctant to reveal details about the wolf’s most recent wanderings out of fear that it might make it easier for hunters to track him down and kill him.

Among those keeping track of the wolf’s whereabouts is Amaroq Weiss, a spokeswoman for the Center for Biological Diversity. “Even if OR-93 doesn’t find a mate this year,” she said, “we sure hope he sticks around because he can add genetic diversity to our tiny wolf population in California.”

Fewer than a dozen wolves currently live in California. They include the Lassen pack, which consists of five wolves, a new pair spotted in Siskiyou County last year, and OR-93.

The status of seven all-black wolves discovered near Shasta in 2015 remains unknown. They have not been seen “following their implications in two livestock casualties and amid fears of poaching,” Weiss said.

Before they were vanquished by government-backed poison-and-trapping campaigns in the 19th and 20th centuries, wolves thrived in nearly every region of North America.

They once numbered in the millions, but only about 6,000 wolves remain in the Lower 48 and as many as 12,000 in Alaska, where they are legally hunted as big game.

Gray wolves were removed from the federal endangered species list a year ago after the U.S. Fish and Wildlife Service determined the overall population was “stable and healthy throughout its current range.”

Earlier this year, hunters in Wisconsin killed an estimated 216 wolves in less than three days, surpassing the state’s quota during what was supposed to have been a one-week hunt.

Kitty Block, chief executive of the Humane Society of the United States, decried what she called “a no-holds-barred carnage of wolves” and suggested it offered “a terrible glimpse into just what lies ahead for these beloved native American carnivores unless the Biden administration moves swiftly to restore their federal protections.”

The species is only beginning to recover in areas such as Oregon, Washington, and California, where state wildlife authorities are collaborating with ranchers to reduce conflicts between wolves and cattle and sheep.

“Wolves are a new potential threat for California livestock producers who are already worried about coyotes and mountain lions,” Traverso said. “But we don’t have a lot of ranchers in this state who want to go out and kill a wolf.”