Home » Health » Congee I Kanji Recipe: A Simple Rice Porridge With A Complicated Past (Recipe Inside)

Congee I Kanji Recipe: A Simple Rice Porridge With A Complicated Past (Recipe Inside)

In Suvarnabhumi airport, Bangkok, there’s a little food court in the basement serving food round the clock at a very reasonable price. While waiting for my flight to Vietnam, this was a pleasant discovery, made sublime by the addition of rice congee flavoured with minced meat, topped with a salted egg, spring onion, and slivers of ginger and fried onion. From the assortment of sauces and spices available, the woman had indicated towards a few that would work well, and the prik nam pla, hot chillies soaked in fish sauce, had been duly spooned into a small bowl and a hungry girl had been reminded of the easy-to-digest fyana bhaat she would be served at home.

In the Banerjee household, at one point of time, broken rice, or khud, would be cooked into a mushy consistency, salted and topped with butter, and then served with something crunchy or with a slightly different texture, like deep-fried papad or potatoes mashed with chillies, salt and butter. Mostly served as sickbed food, the greatest thing about this broken rice porridge, cooked till sticky, yet still runny, would be the innumerable things you could add to it to make it tastier. A version of this recipe would be available in Leela Majumdar’s Rannar Boi, one of the finest cookbooks to come out of Bengal, where the author would prescribe pish pash, where she would cook a couple of pieces of chicken, preferably breast meat, with a touch of whole garam masala and rice, and cook till everything is mushy, and serve it with a dollop of butter if so desired. Mentions of such easy-to-make porridge would be in Russian fairy tales, where an old soldier would trick a woman into making porridge for him by telling her he could make one with an axe. Porridges are common to most cultures, perhaps one of the most interesting ones is the congee, which has its roots in Tamil Nadu but is eaten far more widely in other countries.

Also Read: Try These 13 Best Rice Recipes That You Should Try 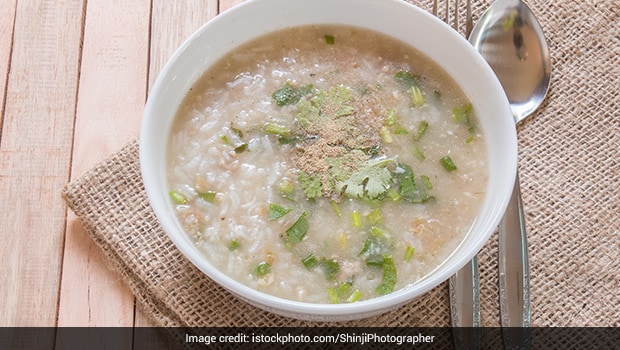 Conjee Recipe: Porridges are easy to make and digest.

The Story Of Kanji: How It Came Into Being

“The word ‘kanji’ has its probable origins in Sanskrit ‘kanjika’. Tracing congee to ‘kanji’ or ‘ganji’ is a slightly difficult task since it can be said there’s no one point of origin. Rice came in pretty late to the South of India, while millets were much more prevalent. Also, sometimes rice cooked with water till its mushy would be called kanji, and sometimes it can be just the water from the water, that is drained off after cooking,” noted Dr Kurush F. Dalal, Archaeologist and Culinary Anthropologist. He further added, “However, it’s easy to see why it was popular. It is rice cooked till it’s so soft that there’s nothing left to digest, just absorb. All the starch is broken down and so, it is really easy for an upset or irritated stomach to digest it.”

The term ‘kanjika’ can be found in Supa Shastra (1508). Written by Mangarasa III, a Jain ruler of Kallhalli, a tiny state in Mysore District, Karnataka, the kanjika would be found in the chapter dedicated to rice, and the different techniques of making it. “Rice gruel is prescribed for invalids or people who have gone through a regimen of purging and emetics. Kanjika is a sour rice gruel made by leaving boiled rice overnight until it ferments slightly, and is drunk hot or cold. (In modern Hindi, kanji or ganji means the water in which rice is boiled, and is often fed to invalids.)”, writes Colleen Taylor Sen in Feasts and Fasts: A History of Food in India. Probably the closest to this is the Kanji made in Odisha, where starch leftover after cooking rice is left to ferment in an earthenware pot for days. The Torani kanji is made by adding vegetables like radish and aubergine to the rice starch along with turmeric and salt and boiling them together. A tadka is added to this for additional flavour. 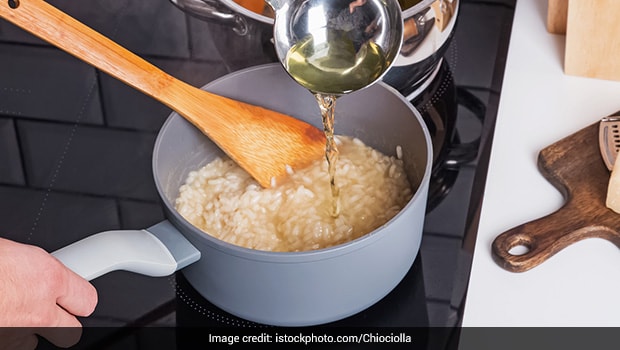 You may add chicken stock to your Conjee recipe. 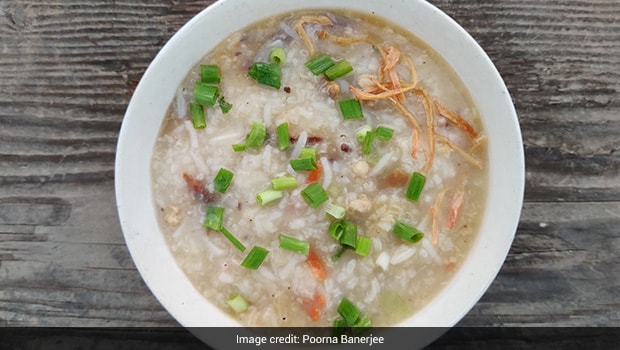 About Poorna BanerjeePoorna Banerjee is a food writer, restaurant critic and social media strategist and runs a blog Presented by P for the last ten years where she writes about the food she eats and cooks, the places she visits, and the things she finds of interest. She is deeply interested in culinary anthropology, and food history and loves books, music, travelling, and a glass of wine, in that order.

Rajya Sabha passes bill to allow abortion up to 24 weeks