Home » Health » Gymming in a post-pandemic India, what does the future hold?

Gymming in a post-pandemic India, what does the future hold?

As the first wave of gyms starts functioning, how safe is it for you to get back on the treadmill? We find out

It was 6 am and Amirtha waited eagerly at the front desk of Slim & Shape gym in Chrompet, Chennai. After a complete shutdown for five months, the gym reopened its doors on August 10.

In about 10 minutes, a member arrived — the first of 45 who would turn up on the first day. She recognised him as a student from a college nearby. “We checked his weight; he had gained almost seven kilograms during lockdown. He seemed quite happy to be back,” says Amirtha.

Pre-COVID19, the gym received about 100 visitors a day, but Jothi Jayaprasad, who is incharge of HR is upbeat: “This is a good sign of things to come.” In fact, they had to turn away a few people whose ages could not be verified.

A State Government order, issued under Unlock 3.0 guidelines, allowing gyms and yoga centres to reopen following social distancing norms, does not allow those under 15 and over 50 to enter a gym. “We will ask people to bring their Aadhaar cards for better identification,” Jothi says. 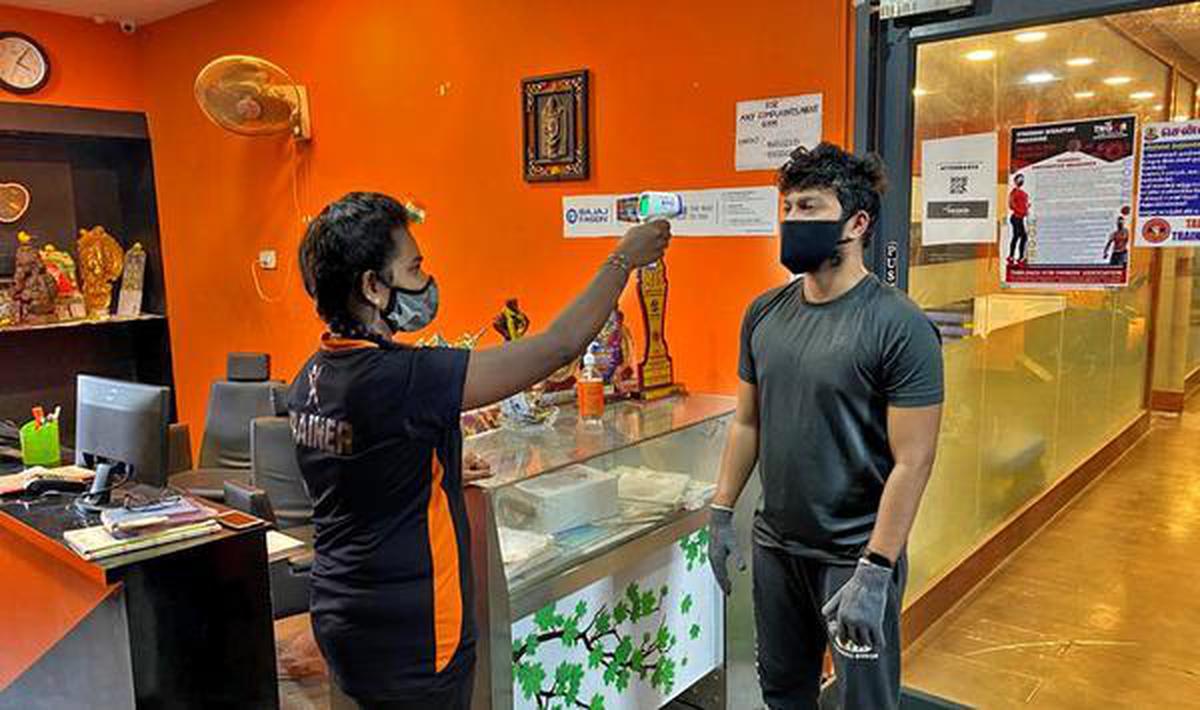 That will be just one of many changes her gym will need to make for the post-COVID-19 world. Under other restrictions like these, in Chennai, standalone gyms have been allowed to function. But what will they look like, over the next year?

Bengaluru’s members-only BLVD Club opened its doors on August 7. “Gyms and yoga studios in the State were allowed to open on August 5, but we delayed it by two days, because we wanted to use the time to educate our members about the new safety protocols,” says Emanda Vaz, who heads the institution. The club hosted two-day online sessions to introduce its members to the new rules at its luxury premises.

“No one can enter the club without a mask [Government guidelines say people have to wear masks or visors while working out in a gym]. Staff and members will have to go through temperature and oxygen saturation checks at the entrance. At any given point only two users will be allowed in the gym and yoga studio. For this, members will have to book a slot 24 hours in advance. After every slot we will have a 30-minute break to sanitise the area,” says Emanda. 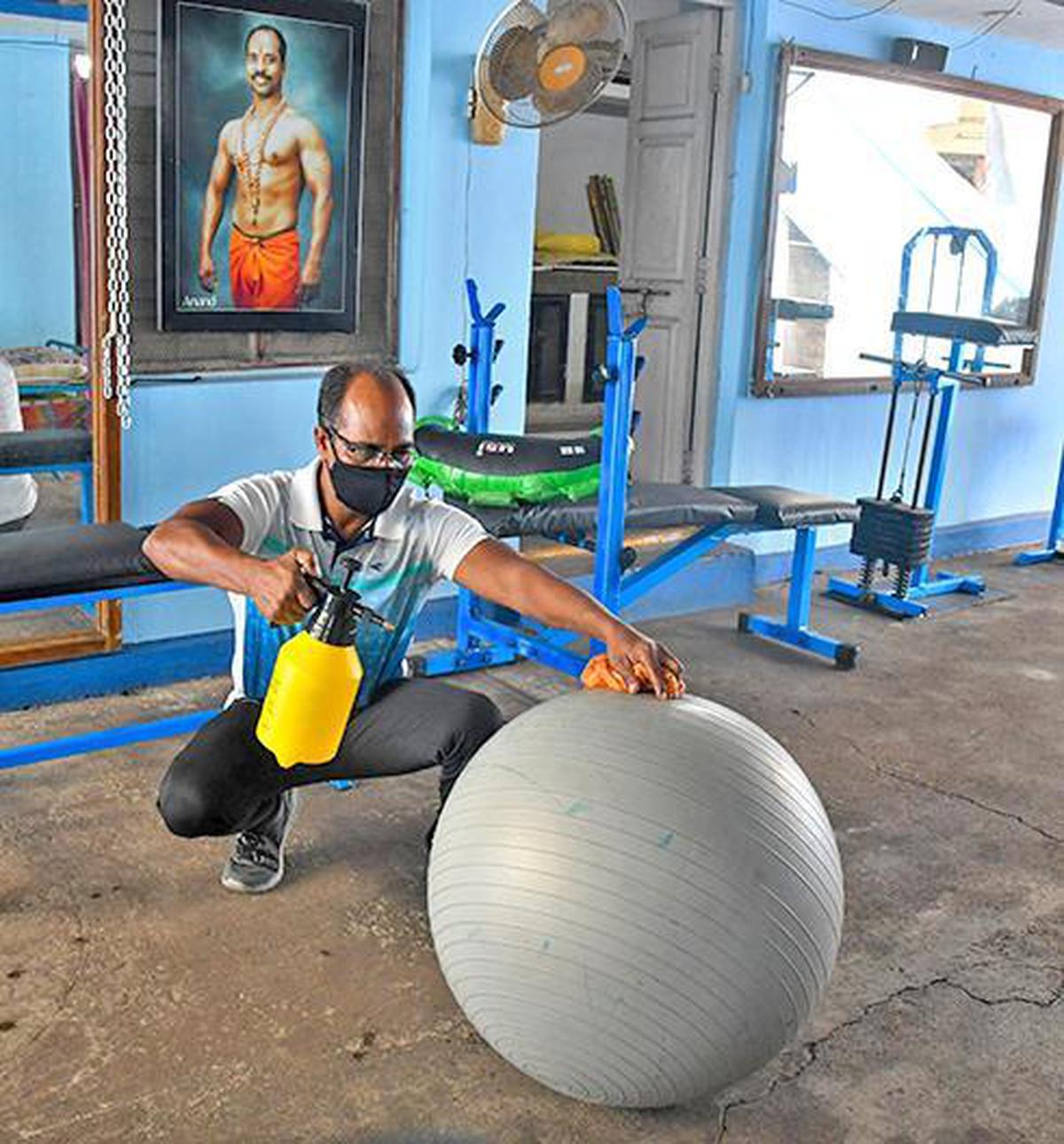 The club is advising members to carry their own yoga mats, towels, and sanitisers to minimise the contact between members and staff, and at the end of the day there is deep cleaning of the gym and studio.

A similar protocol has been put in place at 10 Gold’s Gym centres across India, from Bengaluru and Hyderabad to Sirsa and Guwahati. “We do not allow walk-ins. They will first have to book their slots via our app,” says Shraddha Sheth, vice-president, Gold’s Gym India. Even in gyms such as Slim & Shape, which depend on walk-ins, every client has to sign themselves in and out for better tracking, on the off chance of transmission of the virus.

As per the rules, wet areas such as saunas and steam showers cannot be used. “We have not made any structural changes to the interior design of the gym, other than aligning the equipment to social distancing norms. In case we cannot move the equipment, we make sure that members only use alternate machines.” The only addition to the gym interiors has been four sanitisation stations, with housekeeping staff in PPE.

In Chennai’s SLAM Fitness however, clear plastic dividers have been placed between most equipment including treadmills. “The number of people working out in the one-hour slots has been restricted but we also want to give our clients a comfort zone,” says Anirudh Ram, vice- president at SLAM.

Sanitisation has been an additional expenditure for gyms already struggling to meet their maintenance expenses. “We have to spend over ₹25,000 for the first batch of sanitisers, masks, and face shields that we purchased. Only after a few weeks, will we have a clearer picture of how much it will cost,” says Emanda.

Sailesh Bolisetti, who runs Anytime Fitness in Visakhapatnam, says for the 15 members who now come (previously there would be about 230), the maintenance cost remains the same. “In addition to it, we will be spending over ₹20,000 a month on sanitisation,” he says.

With such economic pressures, owners are rethinking their business models. Gympik Health Solutions, a software company that connects fitness buffs to centres across the country, recently came out with an ebook, Gym Owner’s Playbook To Survive The COVID-19 Challenge.

“We have spoken to over 200 trainers and gym owners, about how centres should change. Before COVID-19, they focussed more on membership offers, but they need to move towards personal training. People are willing to pay more for that, so even with a smaller number of clients, they will be able to generate the same revenue,” says Amaresh Ojha, founder, Gympik. He bats for hybridisation of the training model, adding a virtual arm. In such a model, people could workout at the gym for two days a week, reducing the load on the centres, and for the rest of the week depend on online Lives.

However, of the 15,000 gyms registered with Gympik, “Less than 10% were able to branch into the online space during the lockdown.” Slim & Shape tried it, but their trainers, who had gone back to their villages and towns, did not have reliable Internet connections. 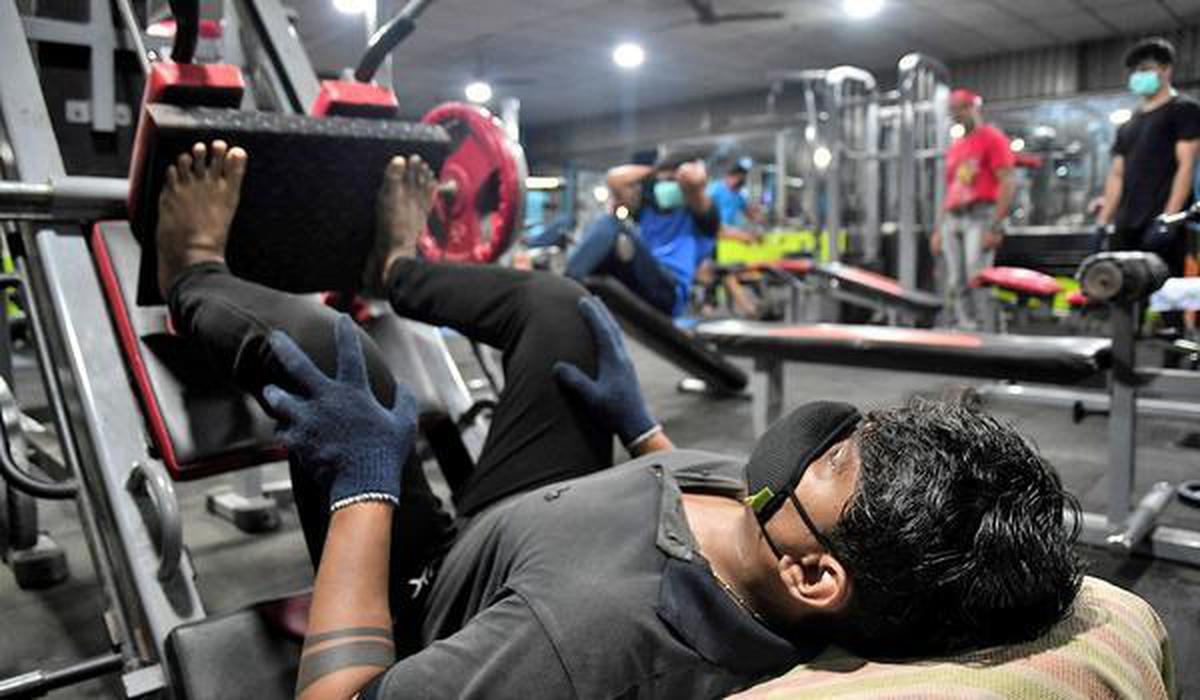 Online sessions are a challenge for the humble gyms that dot the country’s urban landscape and are haunts for bodybuilders. For many of them, the gym is more than just a place to work out. “I see it like a temple,” says body-builder Y Annamalai. He works out for a fee of ₹200 per month, and trains others at Winners Gym, a small space at Royapuram, Chennai. For him, spending three hours here has been an everyday ritual for the past 30 years. Now he is training his son, Vignesh.

“This is the first time in all these years that I have not been able to work out in a gym,” says the 50-year-old who won gold in 1997 in the 70 kilograms category in Mr India. “I felt like I would go mad.”

With inputs from Aishwarya Upadhye and Akila Kannadasan

What is the best way to lose that lockdown belly fat?