Indian desserts are something none of us can say no to. No matter what time of the day, or night it is, our sweet tooth will never deny a decadent bite. From comforting halwas to scrumptious ladoos, there are just so many irresistible Indian desserts that have our heart! Each Indian state has at least one yummy dessert to its credit apart from the different versions of many popular Indian desserts. Puran Poli from Maharashtra, for instance, is an extremely popular dessert that has created a niche for itself amid a huge variety of barfis and ladoos.

A sweet bread stuffed with delectably sweet dal filling made with oodles of ghee, puran poli is a comforting interplay of textures and flavours. Traditionally a flatbread, puran poli is often eaten as is since it is wholesome with the addition of sweetened dal stuffing. And then there are many versions of it with different stuffings! But did you know there’s a south Indian cousin of puran poli as well which might not be as popular? Thengai Poli also known as Obbattu from Karnataka is a sweet flatbread that has a similar recipe as Maharashtra’s puran poli but is different in terms of ingredients.

While the Maharashtrian version uses maida, south India uses whole wheat as the primary ingredients for the dough. Puran poli has a dal and jaggery stuffing, thengai poli is a mouth-watering mix of grated coconut, jaggery and cardamom. Since the recipe is quite the same, the distinct ingredients make each one of them unique. These are perfect for special occasions and festivities such as Diwali, Holi, Janmashtami, Onam and Ganesh Chaturthi. 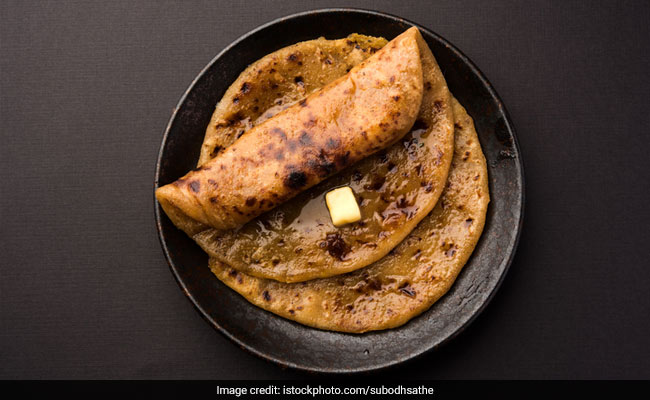 Puran Poli is just the perfect Indian dessert for festivities.

You simply need to knead the smooth dough with whole wheat flour, rest it for about an hour while you make the stuffing. The filling is made by cooking and combining coconut, jaggery and cardamom with some ghee, which is cooled and stuffed inside the rolled out and divided dough. You just need to cook the divided flattened portions on a hot griddle and serve it warm with dollops of ghee on top! The combined flavours of coconut and jaggery are sure to mesmerize your taste buds like nothing else!

Try this delicious south Indian dessert at home and share your experience with us in the comments section below.

About Aanchal MathurAanchal doesn’t share food. A cake in her vicinity is sure to disappear in a record time of 10 seconds. Besides loading up on sugar, she loves bingeing on FRIENDS with a plate of momos. Most likely to find her soulmate on a food app.