As schools and activity centres closed due to COVID-19, the school alerted students and parents about Fitb.ee, a fitness app for school-going children and teens. Avika’s mother Arti, an HR manager, gave it a try. “I was keen that my daughter continues some form of physical activity. Initially I would monitor to see if she could follow the videos. Now she uses the app independently,” says Arti.

Avika reels off the names of exercises she does: “mountain climbers, leg raises, planks, push ups, cobra and table top.” She also enjoys participating in walking contests on the app.

In January 2020, Hyderabad couple Avinash Rajapet and Prathima Koppolu launched th Fitb.ee app for kids and teens. They founded the Fitbee gym in Hyderabad in 2017, to encourage the 4-16 age group to take up fun fitness programmes, and stave off childhood obesity. The gym is temporarily closed, in keeping with the COVID-19 guidelines. However, the free app had 3,000 users in the first few weeks. Now, there are over 60,000.

Prathima and Avinash have a four-year-old son, Akira. But their interest in children’s health and fitness goes back to when Avinash was studying in the UK, where he assisted his cricket coach in training children. “I observed how fitness and diet plans were being chalked out for children as young as five. This was different from the approach we have — that children will burn off whatever they eat,” says Avinash. 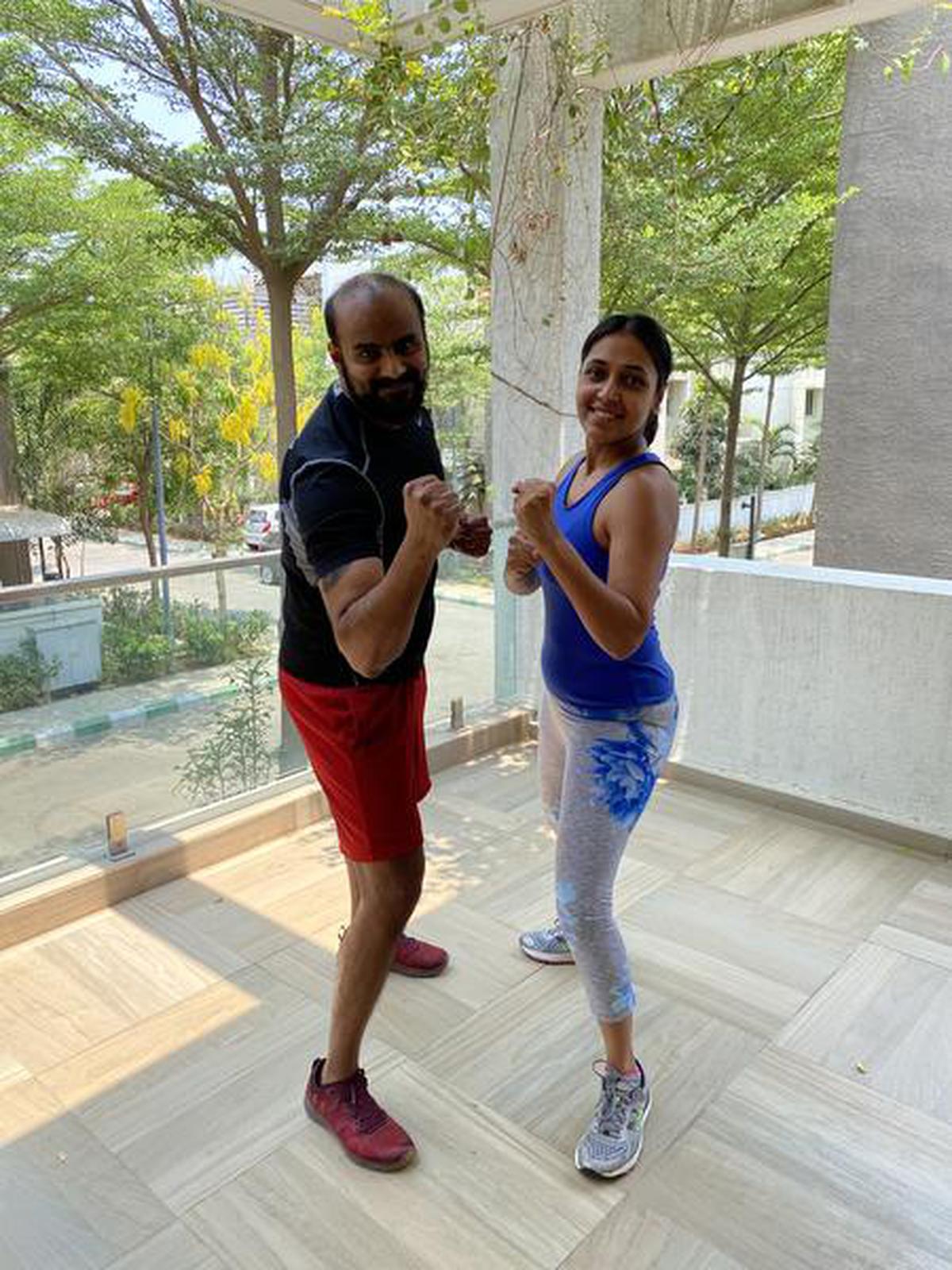 Children are sitting more and more. With lockdowns, are unable to attend the tennis or basketball classes they once had. Add the pressure of academics, and kids just don’t move enough. “The space for playgrounds and parks is diminishing in many cities and children aren’t spending enough time outdoors,” says Prathima, talking of how app-based routines could help.

Avinash is a certified fitness professional with a specialisation in youth fitness from the International Sports Science Association, and a black belt in Kung Fu. When he returned to Hyderabad, he saw the potential in opening a fitness centre for children. Prathima was academically inclined while growing up and took less time out for sports. “If my son takes after me, I don’t want him to be idle at home,” she says with a laugh.

Fitb.ee has 200 workouts for different age groups, developed with the help of US-based Sifu Harsha Dandamudi of White Dragon Martial Arts. Its advisors include Dr Gurava Reddy of Sunshine Hospitals, managing director and Chief Joint Replacement Surgeon in Hyderabad. “The app is programmed such that specific workouts are accessible according to the child’s age,” says Prathima.

Thursdays and Sundays are recovery days and an exercise routine suggested for the day lapses in 24 hours, only after which a child can access the next routine. “This is to negate the tendency to overdo many routines on a few days of the week,” they state.

Fitbee has Harry Potter and superhero-themed workouts that can be done with parental guidance.

The app offers different set of workouts. “We have workouts inspired by animal movements for young children. For instance a leopard strike or a tiger move routine to target the lower portion of the body. Different routines target specific muscle groups,” says Avinash.

A 14-minute Kung Fu panda workout is based on the moves of panda Po and The Furious Five, and gives a full body workout. For older teens, kickboxing and calisthenics are incorporated into the workouts for speed and agility.

Recipe suggestions are available on their Instagram and YouTube channel. On the app, dietary plans are worked out on a paid, custom basis for teens with obesity, thyroid or PCOD/PCOS.

“The diet is charted in consultation with doctors. We encourage families to look at significant lifestyle changes that will act as preventive health care in the long run,” says Prathima. In the future, she says they would like to build programmes based on the data they collect.

Improve your workout with the weighted vest

For Bengaluru marathoner Manoj Bhat, running is a spiritual experience