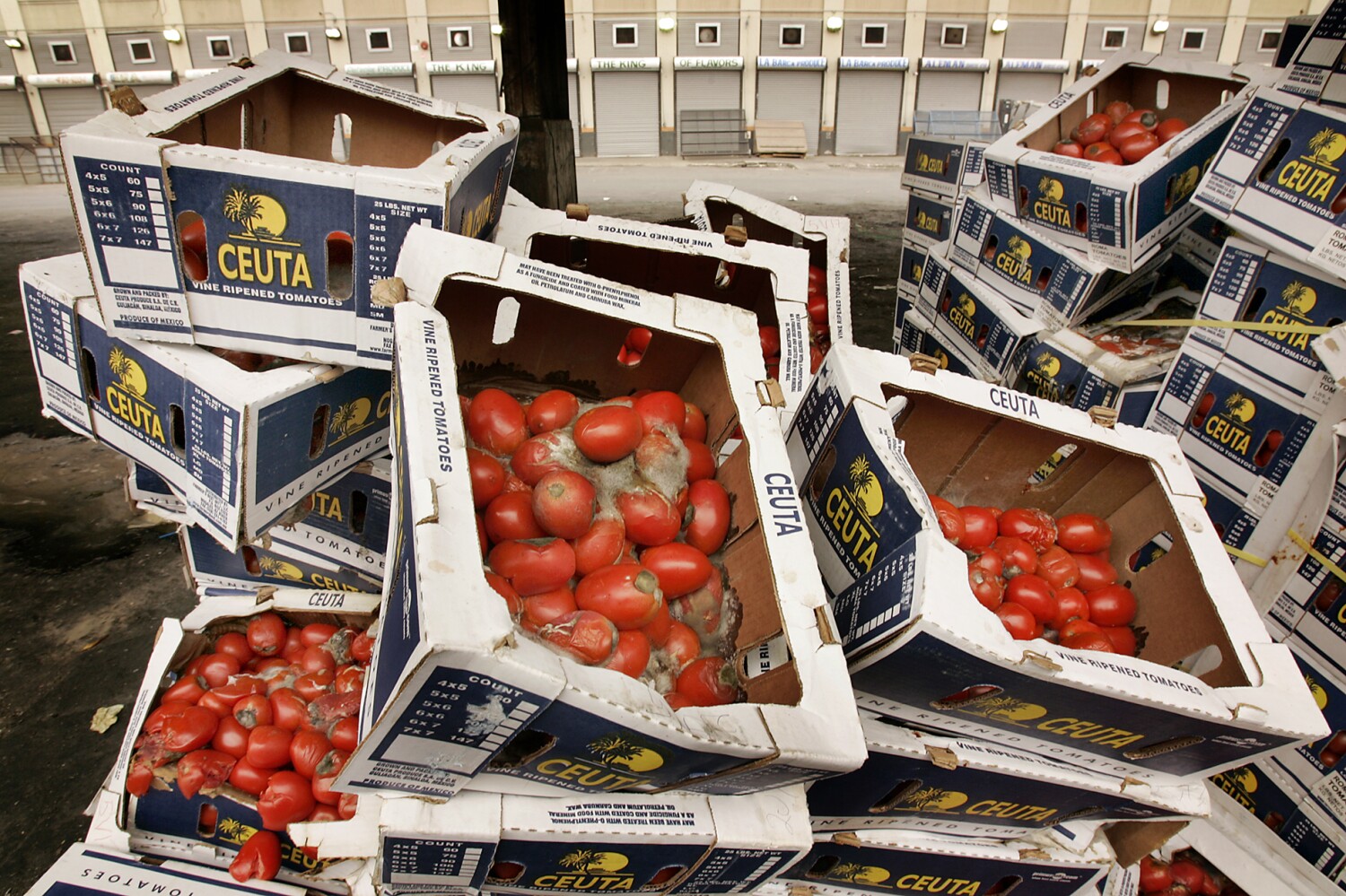 Sometime over the last month, you probably threw away a banana. Maybe it got too ripe. Or maybe your child didn’t like the one he was eating with the spotty, brown skin. You probably didn’t think much about tossing it. But all told, Americans throw away 5 billion bananas every year — and a lot more food. Across the U.S. food supply in 2019, 35% of it — some 80 million tons of food — went unsold or uneaten. In California, more than 14 million tons of food were never consumed.

That’s a nearly 12% increase in the U.S. since 2010 — despite a leveling off in recent years. This means we are nowhere close to meeting the goals U.S. and global institutions have set to cut food waste in half by 2030. Wasted food has tremendous environmental and economic impacts. It accounts for about 4% of greenhouse gas emissions and 2% of U.S. gross domestic product.

Think about it this way: We are tossing out nearly 125 billion meals a year while a projected 45 million Americans are struggling to put food on the table.

There is good news: The Biden administration has made climate change a centerpiece of its agenda, and ending food waste is a top solution to tackling this global crisis. Last month, the national nonprofit ReFED, where I serve as executive director, completed an analysis of the types and causes of food waste and identified more than 40 solutions to help the U.S. reach the 2030 goal of a 50% reduction in food waste.

By our calculations, an investment of $14 billion a year over the next decade can eliminate 45 million tons of food waste each year and result in $73 billion in annual economic benefit — a 5-to-1 return. That translates into a reduction of 75 million tons of greenhouse gases — the equivalent of taking 16 million cars off the road each year.

Food is wasted across the supply chain, at farms, manufacturers, retailers, restaurants and in our homes. Solutions that prevent food from being wasted in the first place should be made a priority.

One example is demand-planning software developed in 2017 that helps retailers predict what they will sell. The typical American grocery store stocks as many as 50,000 products. Until recently, the only way to know how many bananas would sell over the course of a week was to make an educated guess. Today, technologies can comb through sales data and forecast with astonishing accuracy how many bananas will sell on a rainy Monday in Los Angeles, and adjust orders to match.

Our analysis suggests that a $275-million annual investment in these technologies — primarily made internally by the corporations that own the grocery stores — could reap more than $5 billion in savings for those same stores and divert 1.25 million tons of food waste from landfills in our country.

Restaurants could nearly double that impact by reducing portion sizes. Eliminating Flintstonian steaks and buckets of fettuccine Alfredo would do more than moderate our expanding waistlines. With lower food costs and slightly higher prices for smaller portions, restaurants could save over $550 million annually by reducing portion sizes, and consumers would save $8 billion in lower prices. The food saved would avert 11.5 million tons of greenhouse gas equivalents per year.

Serving reasonable portions can be an unnerving prospect for the industry. If a restaurant makes its portions smaller, the customer may go somewhere else. But according to the National Restaurant Assn., more than 110,000 restaurants have closed since March 2020 due to the pandemic — that’s 17% of U.S. dining establishments. Restaurants that survive have already tried things they never would have considered, such as winter yurt dining. Now they have an opportunity to remake their businesses in ways that benefit the planet and their bottom lines.

Some solutions, like building composting infrastructure, don’t offer quite the same return on investment but are critical nonetheless. After all, no matter how good we are at making sure all the bananas get eaten, the peels will always be left over. Composting allows the nutrients in food scraps to be recycled, averts the production of dangerous methane and, over time, leads to healthier soils that sequester carbon and retain water.

This is where the federal government comes in. Giving states the funding to roll out composting and other food waste reduction programs is, by ReFED’s calculations, the single most effective way to slash total tons of food waste. According to our analysis, this would require $13 billion over 10 years. Because this infrastructure requires large upfront capital and the return is low, this is the kind of long-term investment that only the federal government can make, and one that fits squarely into the infrastructure and climate change mitigation policies that the Biden administration has promised to champion.

There are more affordable opportunities too. The government could offer incentives to retailers that effectively employ prevention technologies such as forecasting software, a move that would reduce food waste and potentially drive innovation.

A national consumer education program — think Smokey Bear but for food waste — would cost $100 million. Households account for 38% of food waste, higher than any other sector, and campaigns to shift behavior are proven to work. Food waste declined in west London by 14% in just six months during the 2013 “Love Food, Hate Waste” initiative, leading the group to expand the program to 10 additional cities.

Reducing food waste is an opportunity for the Biden administration to tackle climate change in an effective and politically palatable way. There is a road map. Now all they have to do is follow it.

Dana Gunders is executive director of ReFED, a nonprofit working to end food waste in the U.S.