Home » Health » Two picture books introduce kids to asanas and techniques with the help of a dog, a frog, an elephant and all-time favourite Peppa the pig

Two picture books introduce kids to asanas and techniques with the help of a dog, a frog, an elephant and all-time favourite Peppa the pig

Two picture books introduce kids to asanas and techniques with the help of a dog, a frog, an elephant and all-time favourite Peppa the pig on this International Yoga Day

It’s been over three months and kids are confined to their homes stuck in an unfamiliar routine. It is a perfect time perhaps for the launch of yoga exponent Ira Trivedi’s fun book on Yoga to coincide with International Yoga Day on June 21.

Om the Yoga Dog, published by Puffin, will first appear as an e-book on Sunday and the print edition will be out next month . The book provides a simple stepwise guide to children on Yoga, with easy asanas and beneficial breathing techniques.

Ira says the illustrations are so clear and simple that children can teach themselves the fundamentals of Yoga from it. The step-by-step illustrations, besides being really cute, show how flexibility, stamina and mindfulness can be cultivated through the practice of yoga. It would be a bonus, says Ira, if parents could also join in.

Om the Yoga Dog is in step with the recommendation of WHO that says children should be active for at least an hour a day to ensure a healthy heart and muscles.

Ira is concerned about the forced inactivity amongst children thanks to the lockdown. “Yoga is more necessary than ever before. Habits formed at a young age last a lifetime,” she believes.

Her book explains the benefits of the asanas too. Her characters Om the dog, Prana the frog and Moksha the elephant, teach the young readers about the benefits of asanas, pranayam and meditation respectively, in a playful and motivating way. Om, whose story is based on Ira’s pet Beagle by the same name, declares he has been doing Yoga since he was a puppy and that is the reason he is always happy.

The book underlines how yoga makes every individual strong and focused while giving unlimited energy. This is Ira’s third book on yoga and the first one for kids. She says she got the idea when as an yoga instructor, she found many children getting bored easily while learning asanas. “I wanted to create an awareness among them about the calming effects of yoga and keep the learning process light-hearted,” she says .

Ira points out that the book also explains that before you start practice of yoga it is important to warm up the body the correct way and surya namaskar is the warm up exercise for the body before doing yoga. “Every movement in yoga must be coordinated with how we breathe. It helps to focus,” she adds.

“The sedentary lifestyle perpetuated by corona scare is not good in the long run, especially for growing minds,” says Ira. “The key is to strike a balance, have some “me” time and be mindful of the things around us – like the food we eat, the air we breathe, the joyous moments we share with our families. Yoga, through this book, teaches the kids to be aware of their body, how it works and how to use all muscles in new ways,” she says in the book.

Earlier this year, from the BAFTA award-winning preschool animation series Peppa Pig, a new story titled Peppa Loves Yoga was also released. The board book helps children learn about yoga and practice it as a tool for mindfulness. It is filled with endearing illustrations of Peppa and her friends having fun while learning different yoga positions. 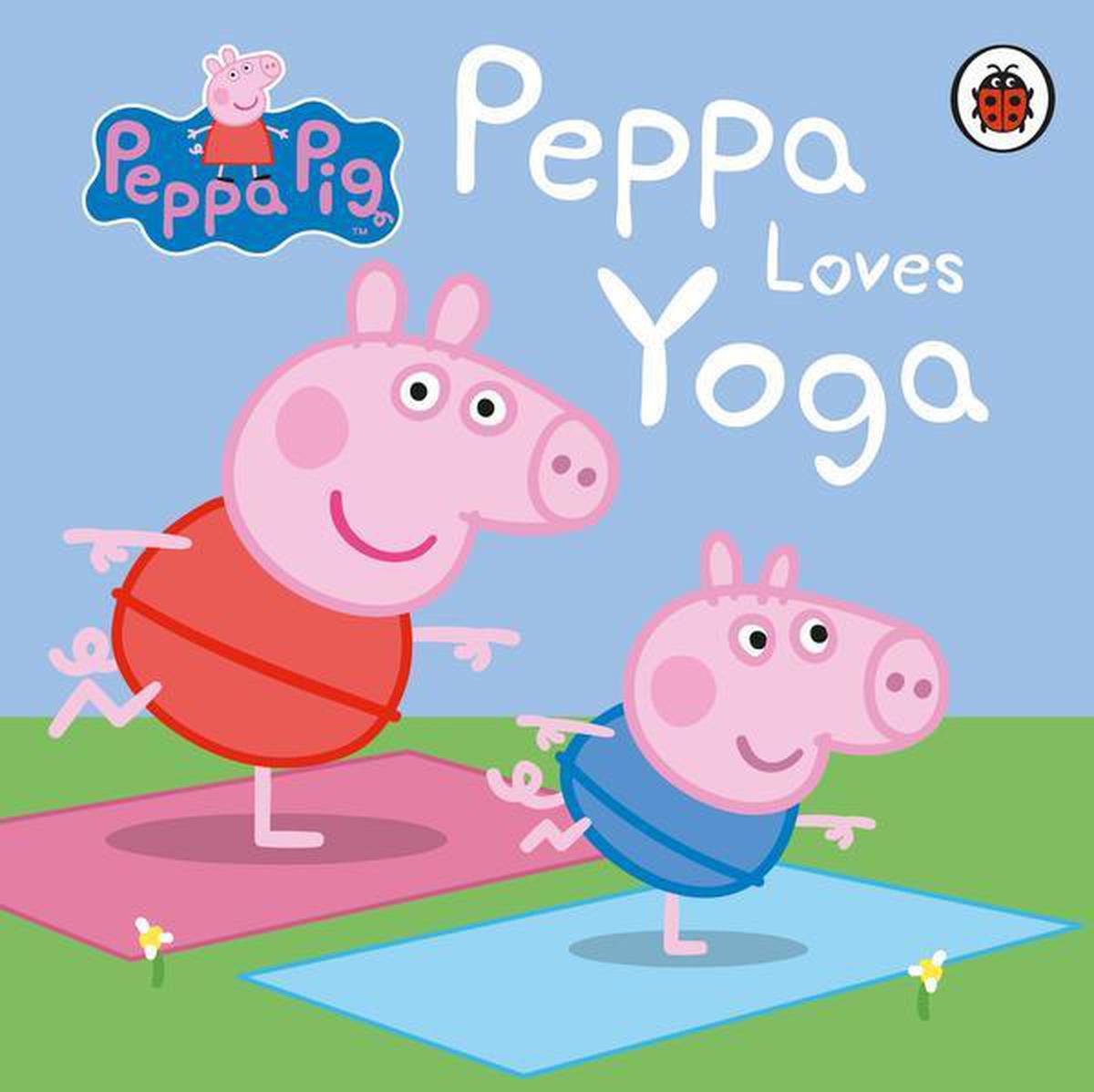 The story starts with a busy day at Peppa and George’s playgroup, but they have a special visitor Miss Rabbit in the afternoon who teaches the children how to calm down and relax with yoga. The children love it!

Given Peppa Pig’s popularity among pre-schoolers, the yoga poses are colourfully and attractively illustrated to not only grab the toddlers’ attention, but also encourage them to start their journey to fitness early.

The book is published by Ladybird, and Penguin Random House (PRH) are the distributors of Peppa series in India. Says Niti Kumar of PRH, yoga is the best gift, parents can give to their children. “When children do yoga regularly they are in a happy space, academically motivated, alert and successful,” she says.

The picture book is available on Amazon and Flipkart