Want Curated Gourmet Meal For Your Dinner Date At Home? Order In The Dinner Box

Have you been avoiding stepping out of houses amidst the ongoing pandemic? We understand, the situation has been quite brutal for all. Although we are adapting to the new-normal world, some of us are still being skeptical about visiting public places, other than work – restaurants being one such instance. Although hotels and restaurants are maintaining every COVID protocol advised by the Government, several people prefer cooking at home or ordering in food instead. But that’s absolutely alright as you can now enjoy the best of delicacies sitting at home, thanks to ‘The Dinner Box’. ‘The Dinner Box’ is basically a gourmet home delivery service that offers meals curated by some of most celebrated chefs of India.

Kicking off their summer line-up, the brand brings you an exclusive menu curated by renowned Chef Hemant Oberoi. Chef Oberoi named the menu ‘Martabaan’ and included some of the most soul-soothing dishes that pleased his guests over the years.

We recently tried the ‘Martabaan’ menu, and it included all things flavouful and delicious. We began the meal with chicken anticuchos – a Peruvian-style chicken skewer- that offered a burst of flavours to our palate. We must say the chicken anticuchos was a perfect dish to set the tone for the meal. It was followed by ganderi kebab that was served with sugarcane stick and coriander chutney by the side. The sweetness of the sugarcane stick worked as a palate cleanser. Then came Chef Oberoi’s special dhokla cupcake made with gram flour, rocoto chili pepper and sour cream. The cupcake dhoklas were soft, fluffy and made a cute little addition to the meal. Then we had a keema pav, which included bohri lamb kebab and fiery, spicy chutney. 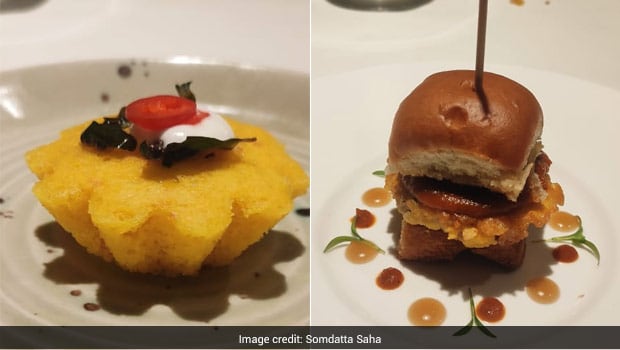 In Picture: Dhokla cupcake and lamb kebab in pav 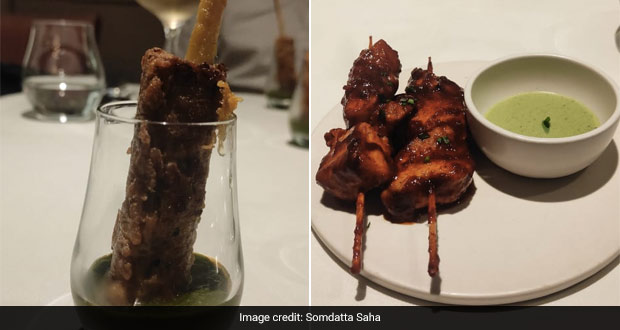 Finally, it was time for the main course – martabaan ka meat, palak edamame, stuffed chilli, Andhra pulao and truffle cheese kulcha. Martabaan ka meat was served in a martabaan that elevated the meal experience. It was soft, tender and maintained a proper balance between every spice and their flavours. After a wholesome and fulfilling meal, we called it a day with a jar of gulab jamun tiramisu.

Although we relished the non-veg meal, the vegetarians too will get an elaborated menu that include paneer anticuchos, spiced potato with sugarcane sticks, jackfruit khumb kebab, with pav bread, and roasted beet Martabaan ke Chole and more.

The best part about ‘The Dinner Box’ is, it comes with proper heating instruction that helps you enjoy the food, keeping up its flavours and authenticity.

We say, for your next dinner date with friends, family and special one, you might just give ‘The Dinner Box’ a try!

For more information, log-in to www.thedinnerbox.in.

About Somdatta SahaExplorer- this is what Somdatta likes to call herself. Be it in terms of food, people or places, all she craves for is to know the unknown. A simple aglio olio pasta or daal-chawal and a good movie can make her day.

What Is Tempeh?  Health Benefits Of Tempeh With Quick Tempeh Recipes For Vegetarians