When Is Holi 2021? Date, Time, Significance And Holi Foods That Ooze Nostalgia

Holi 2021: It is that time of the year again! Holi is just around the corner and festive essentials like gulaal, water guns and gujiyas have found their firm pace in our local markets. Also called the festival of colours, Holi is one of the most ancient and most popular festivals of India. It is celebrated in myriad ways around the country. In Bengal’s Dol Jatra or Dol Purnima, people smear themselves in gulaal and play around swings. In Brij’s Lath Maar Holi, men shield themselves from women who chase them out with sticks or long wooden staff – a symbolic ritual associated with the legend of Lord Krishna and Radha. 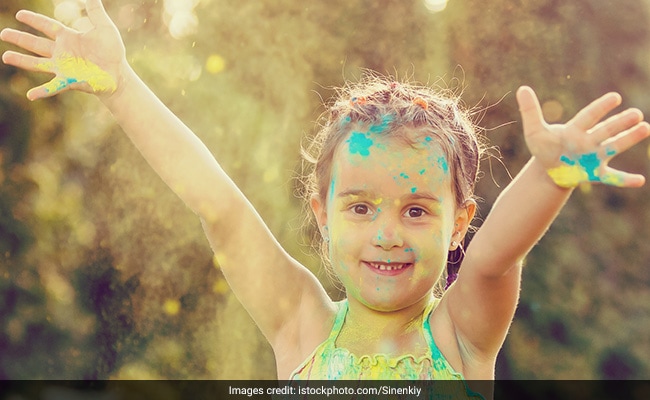 Holi is a festival of colours

Date, Time And Significance Of Holi 2021

This year Holi will be celebrated on 29th March 2021, Monday. Although dates may vary. Holika Dahan would take place on 28th March 2021, Sunday.

Holika Dahan is a Hindu ritual, where people light a huge bonfire on Choti Holi just a day prior to Holi. The significance of this ritual is tied to the episode of Prahlad and his aunt Holika. According to ancient Hindu scriptures, Prahlad was the son of King Hiranyakashyap. King Hiranyakashyap had a special boon that led him to believe that he is invincible. He soon started considering him as God and disregard Lord Vishnu and his powers. As fate would have it, his own son turned out to be a devout follower of Lord Vishnu, much to the King’s despise. Incidentally, Holika also had a boon wherein she could walk away from the fire unscathed. As part of her devious plan, she sat with Prahlad on her lap on the pyre of wood that was set ablaze, but due to Lord Vishnu’s intervention, it was little Prahlad who was unharmed and not the princess Holika, who eventually succumbed to her injuries.
Holi or Rangwali Holi or Dhulandi is a celebration of Spring and hope. People put colours on each other, and get drenched in water, later in the day they proceed to feast on some festive delicacies. 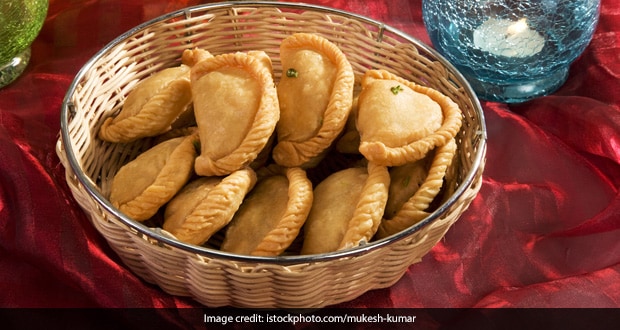 Gujiya is a festive special treat

Holi Special Foods | Traditional Foods That Define Holi For Us

Just like it is impossible to imagine Diwali without Kaju Katli, Holi is incomplete without some home-made gujiya. A special fried dumpling filled with a sweet stuffing of khoya, coconut and nuts.

Another dessert that is widely prepared during the festival is Malpua.

The nutty, cold thandai drink ensures everybody is fueled and hydrated among all festivities.

Chakli, namak pare and bhakarwadi do their bit to add some crunch to the ghee laden, greasy spread.

You can find all our popular Holi recipes here.